The journal Archéologie de la France – Informations (AdlFI) is a joint publication headed by the Ministry of Culture (sub-directorate of Archeology) and the CNRS (Institute of Humanities and Social Sciences). The publication is in a digital format, and represents an integral component of Gallia’s editorial pole1 (Monteil 2015 , § 4). The journal is responsible for publishing the latest results and scientific content from archaeological endeavors realized throughout mainland France, its overseas and marine territories, spanning from prehistoric to contemporary times. Its publications are the result of a close collaboration between the CNRS and the Ministry of Culture’s decentralized regional services (Drac/SRA), collecting and publishing the scientific reviews written by each head of operations. An effort is made to structure, index and harmonize these records on a national scale in order to ensure the free digital distribution, as well as the continuous and regularly paced publication of the journal. Thus, this resource is made available to the scientific community and the general public, and thereby guarantees the fulfillment of the public service mission of accessibility and distribution of archaeological knowledge.

Since its initial publication in 1943, Gallia’s editorial policy has evolved considerably so as to align itself with new directions taken by research initiatives, as well as to keep up with the evolution of tools used in media and distribution platforms. In this manner, the journal has remained relevant within the specific position that it occupies within the French editorial landscape dedicated to archeology. Examining several pivotal periods of the review’s history will allow for a better understanding of the production context and scientific content of Archéologie de la France – Informations’ publications.

In the early 1940s, the Ministry of National Education entrusted the CNRS with the mission of informing the scientific community, as well as the general public of the most recent archaeological discoveries. In 1942, Gallia, journal of National Archeology, subtitled “Archaeological excavations and monuments in metropolitan France”, was created and appeared in 1943 (Fig. 1).

At this stage, the journal possessed two main objectives: on the one hand it was responsible for distributing articles offering concise, reflexive and objective perspectives on data arising from fieldwork; on the other hand, the journal was also expected to quickly translate material discoveries from the field into knowledge accessible to the scientific community. These two objectives led the journal to accommodate, within its pages, two temporal sets and two distinct editorial genres. Parallel to the publication of overview articles on major excavations and discoveries, an “information” section was devoted to the review of the diverse results published in scholarly journals throughout France and its territories. The coordination of this information was entrusted to Gallia simultaneously with the creation of the “Division of Antiquity, from prehistoric to historic periods” (Circonscriptions des Antiquités préhistoriques et historiques)2. Thus, this information was included at the end of each volume, and subsequently grouped in the second section of the journal.

As early as 1958, publications in the domains of history and prehistory were separated within the journal’s structure; the latter was assigned its own distinct publication, entitled Gallia Prehistory. Subsequently, each of these two journals was responsible for the publication of an “information” section related to its chronological purview: 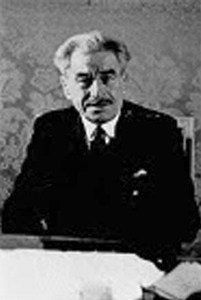 “Our ideal would be to provide information on the excavations and discoveries in the form of an initial report by the excavator, based on fieldwork notes […], in short, the brute document, prior to its elaboration, resembling the newly unearthed archaeological discovery. […] What we [authors] ask of them, is not the interpretation of their findings, nor the exhaustive publication of their excavations, nor is it the scholarly article or book which they will complete and publish themselves, at their leisure; it is rather their documentation. […] We do not appeal to the erudition of the archaeologist. We ask only that he consent to describe in detail that which he has discovered.” (Grenier 1943)

Faced with the inflation of data related to the proliferation of rescue archaeology operations, the Ministry of Culture (sub-directorate of Archeology) and the CNRS decided to dissociate the regional records from the original volumes, and in 1987 created the journal Gallia Informations. This new publication reassociated the prehistoric and historical records that had previously been separated, and which subsequently would include the medieval period, as well as all types of field operations. Two fasciculi were to be published each year, the goal being to cover all field operations from one year in 2-years’ worth of publications (Goudineau, Guilaine 1987).

First published on paper, the journal was then transferred to CD-ROM in 1997 (Fig. 2). This enriched formula (spanning from Prehistory to the Contemporary period), maintained until 2003, allowed multicriteria searches to be executed within its content by crossing referencing the thematic, chronological and geographical indexing of the records (Aubin et al. 1996).

During this same period of time, the Ministry of Culture’s newsletter no. 3638 of November 22nd 1991, touched upon the planning of the 1992 excavation campaign, and established the publication of regional scientific reviews (Bilans scientifiques régionaux – BSR). This initiative was confirmed by the newsletter of December 21st 1992, which established the standards for presentation and encouraged a wide distribution, particularly aiming to connect with elected representatives, inhabitants and developers (Fig. 3). These BSRs were intended to assemble the summaries of archaeological discoveries for each region, annually.

As early as 1998, the Ministry of Culture contemplated uploading online and electronically distributing the BSRs, which thereby joined the policy initiated by the CNRS for Gallia Informations. Together, they established new protocols and thus participated in the modernization of the uploading of structured records, giving birth to the journal Archéologie de la France – Informations (AdlFI).

Conceived as a co-publication between the Ministry of Culture (sub-directorate of Archeology) and the CNRS, the online journal was developed in 2003. In 2004, the circumscription of content for the archaeological operations reports made it necessary to draft a scientific manual in order to facilitate publication in the AdlFI journal:

Housed by the House of Archeology and Ethnology René-Ginouvès on a dedicated website, AdlFI was initially developed as an IT database (Fig. 4), with a trial period, and during its test phase, four regional Archaeological Services –Burgundy, Brittany, Center and Rhône-Alpes– would draft reviews via an online application. The database was accessible to the general public starting in April 2009. Its data entry interface was complex and was developed with little financial means; the site was subsequently abandoned due to the rapid progression of communication technologies.

The content of the AdlFI site was then transferred to the Revues.org3 portal in order to ensure a wider audience. AdlFI’s application for an open electronic publication (OpenEdition) was validated in 2012 by the scientific committee for the Center region of France. The technical transfer of records was effective as of January 31st, 2014 and public access to it was ensured as of the end of June 2014 (Fig. 5).

At a critical moment for rendering research data accessible to the public (OpenAccess), in particular with the open access publication of important archeological reviews supported by the CNRS and the Ministry of Culture, Archéologie de la France – Informations began a profound editorial and technical overhaul by experimenting with new structural models and methods of content indexation.

Collaboration with other public partners (IR Métopes, GdS Frantiq, OpenEdition) allowed for the development of a standard for the “archaeological review” exploiting the XML-TEI language and a dynamic correlation with the PACTOLS thesaurus (use of thematic, geographical and chronological keywords) (Allainguillaume et al. 2017).

This process, conducted in collaboration with the journals of Gallia Préhistoire, Gallia – Archéologie des Gaules, Archéologie médiévale and Préhistoires méditerranéennes, aims to modernize and harmonize the editorial production sequence by selecting web-oriented tools and the adoption of a common set of grammar rules and keywords (Renault et al. 2020). The objective is to expand and to facilitate access to scientific information by allowing identical searches within each journal, whether they be overview articles or field operation reviews.

In order to put in place these developments, the public version of the AdlFI journal was no longer supplemented with publications between the years of 2017 and 2019 (Monteil 2018). As of December 2020, the website is once again accessible (Fig. 6), and it aims to gradually make available, all of the archaeological information published since the creation of Gallia (Fig. 7 & 8) in a consistent and coordinated manner, as well as to develop new modalities and consultation interfaces for its prior publications and new content.

1 Understood here as bringing together the journals: Gallia Préhistoire, Gallia – Archéologie des Gaules, along with their supplements, and Archéologie de la France – Informations, housed by the Editorial Pole of the MSH Mondes in Nanterre (France).

2 Having become the Regional Archaeological Services in 1991. 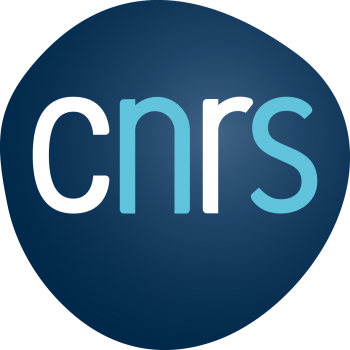