Appendices » The Roman villa of Grigy in Metz

The Roman villa of Grigy in Metz (Moselle)

The Roman villa of Grigy in Metz (Moselle) was studied as part of a rescue archaeology excavation carried out in 2011 and covering a total area of 5 ha on the city outskirts. Its existence was brought to light during a survey of 70 ha, which had previously allowed for an understanding of its insertion within the greater landscape and existing communication networks. This research enabled a comprehensive identification of the residential zone, as well as the existing infrastructures of production within this vast agricultural estate in the city of the Mediomatrici. The domain developed on land that had been poorly invested prior to the Conquest. The emergence of this establishment is contemporary to the transitional period during which the city of Metz/Divodurum acquired its status as capital of the civitas, to the detriment of the Fossé des Pandours’ oppidum, near the Saverne Pass. 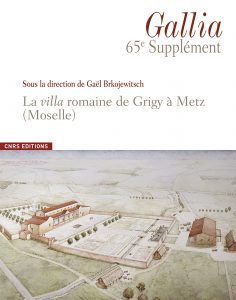 The domain, whose origins date to the end of the 1st c. AD, was implanted on plateau silt suitable for agricultural endeavors and within a valley, at the bottom of which flows the small stream of Linières. The first buildings, of modest size, were built on posts to the west of the watercourse. These constructions were likely comprised of wood (perhaps oak) and mud. The presence of tiles is confirmed, though their use remained infrequent; wooden shingles for roofing is likely to have been more commonplace. From the outset, a communication network, consisting of paths rather than roads, was in existence. Along the edge of one of these paths and south of the main building, a funerary complex was installed honoring the memory of the first inhabitants. The secondary burials, in the form of cremations, installed within the monument were associated with numerous pits containing a variety of deposits that evoke the funeral practices of the time. The absence of burials dating to the end of the 2nd c. AD suggests the beginnings of a relocation of the necropolis, a movement that was confirmed by the 3rd c. AD. This phenomenon is contemporary to the transition toward a method of villa construction preceded by the implantation of stone foundations, as well as the installation of new paths of entry.

Indeed, toward the end of the 2nd c. AD or beginning of the 3rd c. AD, the domain was restructured and buildings composed of perishable materials were replaced with masonry. A large main building was erected to the west, while a gallery building was constructed to the east of the waterway in the pars rustica. Initially, the space was organized around a single courtyard, before being restructured into two and then subsequently three enclosures, intended to demarcate specific activities.

To the east, the construction of an enclosure at the rear of the residence suggests a desire to enrich the grounds, if the hypothesis of a garden or orchard installation is retained. This set up would also have increased the villa’s security by creating an additional barrier. The main building was equipped with a bathhouse and beneath floor heating systems in at least two of its rooms. A lifestyle wherein the notion of “well-being” was gaining in importance, is underscored by these findings.

Agricultural and artisanal activities also appear to be supported by the evidence. These activities would have been primarily focused on wooden tool production, and the installation of a basin and several tanks, connected by a hydraulic network. The resulting products could be stored in annex buildings elevated on supporting posts. The construction techniques adopted for buildings changed considerably over time, but wood was still a primary component. The domain’s division into two parts was patent at this point, with a residence to the west and a group of other spaces to the east, whose status is more uncertain, but which include a masonry building of significant dimensions, akin to a “pseudo-residence.”

The beginning of the 5th c. AD marks the end of frequent visitation of the villa, though one portion of the location may have already been or was in the process of being dismantled prior to this cessation of activity. A few vestiges –pits, post holes and a cooking hearth— supplied material culture dating to the end of Late Antiquity and were primarily located in the southern part of the residence.

The excavation resulted in numerous studies and analyses; the participation of some twenty researchers notably contributed to identifying and describing a number of activities specific to site function and character. In addition to evidence relating to agriculture and animal husbandry, remarkably well-preserved wooden designs have also been linked to a highly probable artisanal production of basketry and textiles within the villa. These activities, sometimes considered a specialty of the Treviri, are increasingly attested to thanks to recent discoveries. Several representations of craftsmen or textile merchants are known and the funerary stelae relate to merchants from the city of Mediomatrici. This flourishing of the textile trade in the capital, relied on methods of simple but structured production capable of supplying the city. The vision of this framework and short distribution circuit appears to be reinforced by the aforementioned material discoveries. Furthermore, though long-distance trade is observable, as through the example of selected wine importation from Italy, the Rhône valley and the Baetica, at the start of the Roman period, as well as subsequently through the timber trade originating in the Vosges forest around the 3rd c. AD, the majority of material production was elaborated in regional workshops, regardless of the chronological period considered. Material culture analysis punctuates the content of this volume, and includes an impressive catalogue of coins accessible online.

This case study provides a precise depiction of the development and evolution of a vast Roman rural settlement, of which the totality of its physical extent was revealed, which is exceptional in France. The results of this endeavor, based on an exhaustive and multidisciplinary approach, constitute a particularly illustrative example of the major contributions of rescue archeology, and make this villa a landmark in the history of research on the Roman countryside in Belgian Gaul.

Gaël Brkojewitsch is a regional archaeologist within the rescue archaeology hub of Metz Métropole, and a research fellow with the Camille-Jullian Centre (UMR 7299, Aix-Marseille University, CNRS and the Ministry of Culture). Specialized in the study of the Roman period in the western Mediterranean region, he is currently studying several Roman villae located in the Aléria territory (Haute-Corse) and in Piantarella (Corse-du-Sud). He coordinates a collective research project on the Roman occupation of the Bouches de Bonifacio. In Moselle, he has directed some fifty rescue archaeology operations in both rural and urban settings.

Appendix 2 – List of samples included in the carpological study

The excavation of the villa at Grigy allowed for the study of 449 coins according to archaeo-numismatic methods and was featured in the monography dedicated to the site in the 65th Gallia Supplement. This work has made it possible to better understand coins, that are often difficult to interpret, and which were retrieved in archaeological layers, as well as in backfill. This study also provides a thorough examination of the phasing and evolution of the site (Fig. 1). The complete numismatic catalogue presented below in digital format allows for the data to be preserved in full and renders it accessible, all while avoiding the unnecessary weight of a paper format.

Within the framework of an archaeological approach to numismatics, the spatial distribution of the coins is initially examined by stratigraphic unit, and then according to a more traditional chronological division. Nevertheless, in order to facilitate numismatists’ access to an overview chart of the 449 coins in the traditional chronological order is provided (tabl. I). 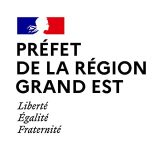